It was 2014 and the allied health industry was in a state of flux.  The NDIS had just been established and the ACT was to be the first whole of government trial site.  Lauren and her colleagues at Therapy ACT had been told that the service would be disbanded and that they needed to look for new jobs.

Lauren applied for private practice roles around town but they weren’t inspiring.  She explored a co-operative model with other practitioners from Therapy ACT but the reality of delivering a multi-disciplinary gold standard model with no experience or financial backing meant that this was nothing more than a pipe dream.

One July day on a family walk around Belconnen’s Lake Ginninderra, Lauren articulated her vision of what team she’d like to work in and what a good service should look like.  She wanted to work in a collaborative team and ensure her clients achieve something meaningful through their therapy.  A simple question was posed by her husband, “why can’t we build that?”

And so it began.

hat afternoon Lauren registered her business and two weeks later was participating in a community disability forum where she was to launch Eat Speak Learn.  With a budget of $100, a room in her home was hastily converted to a therapy room, a friend was called in to design a logo on the promise of a free dinner, a bank account was established, and a phone was set up ready to capture the first client.

Truth be told, neither Lauren nor her husband Chris knew what they had gotten themselves into.  The phone soon rang and the first client was booked.  Not only was the first client amazing (and still with Eat Speak Learn seven years later!), they asked Lauren to take all their NDIS money so it wasn’t spent on anything silly.  This investment allowed the business to buy some more equipment and practice management software but more importantly it showed that Eat Speak Learn might just be viable. 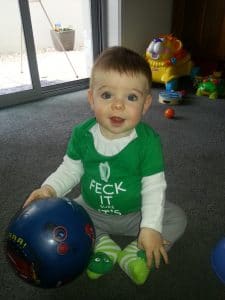 A few clients on a Saturday morning soon turned into a flow of clients throughout the week.  By the end of the first year, Lauren had left her government role and was ready to take the next big step in bringing her vision to reality.

Looking to Make an Appointment?

We are here to help! Booking Online is the most convenient way to lock in the practitioner & time you want.